Slough Borough Council has submitted plans to activate surge testing in key parts of the town after a dramatic rise in covid case rates locally.

Plans were submitted to government yesterday (Wednesday 9 June) to launch surge testing in specific areas of the town with higher case rates, including parts of SL1 and SL2.

Delta variant (VOC 21-APR-02 (first detected in India) cases were initially identified in Slough at a number of schools with the schools directly working with PHE, immediately notifying contacts and instituting targeted testing of pupils and staff.

However, though there is no individual outbreak, cases are rising in the community as a whole and with the Delta variant now dominant.

A decision on the plans is expected in the next couple of days and if agreed it is not expected that surge testing will start until around the 16 or 17 of June.

However, residents are encouraged to take extra care, do home testing if they have kits and isolate immediately if they or a close contact tests positive for Covid to help stop the spread of the Delta variant in Slough. 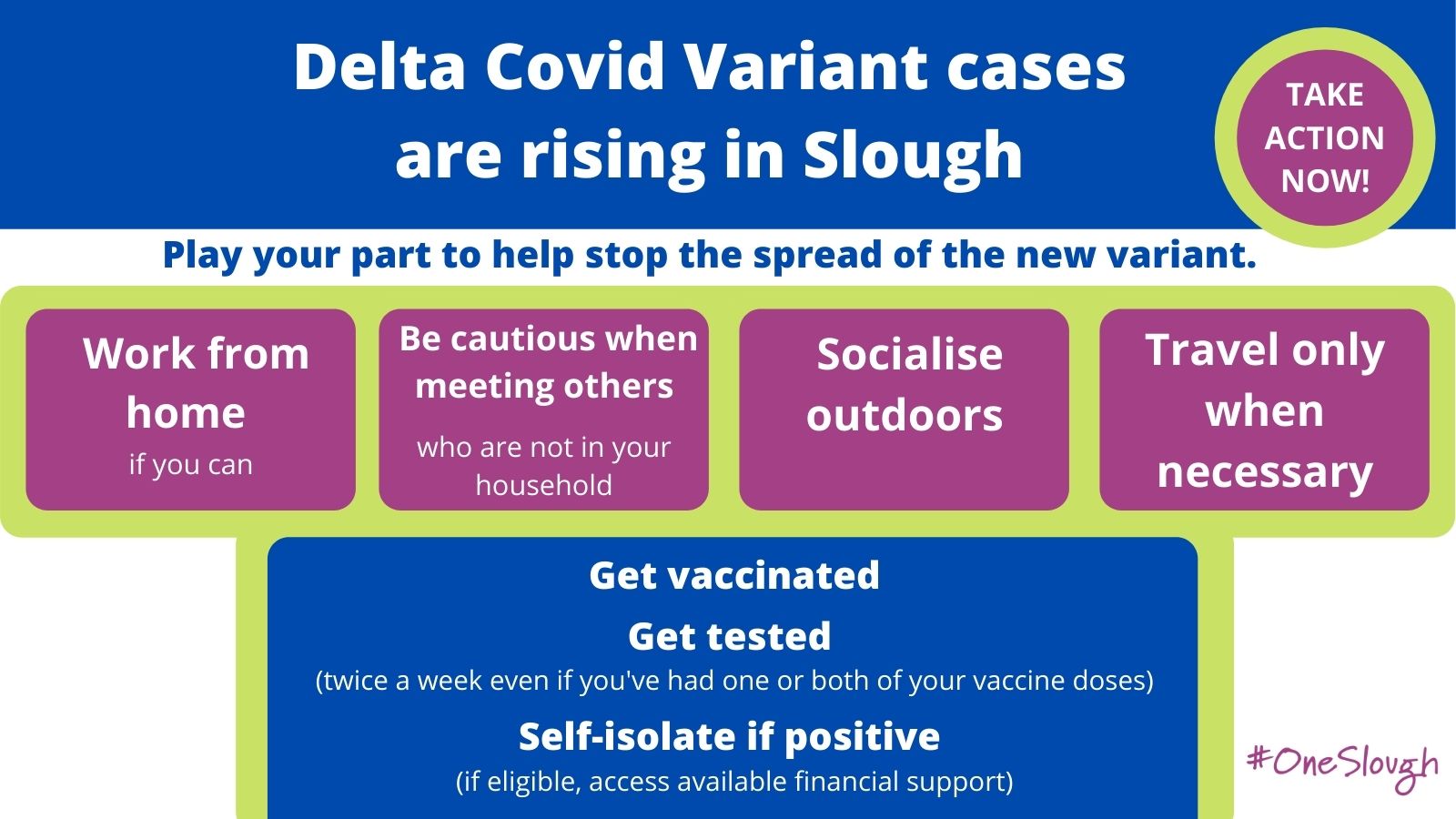